Hein Jansen, Owner and Founder of Modern Age Designs, never imagined that when he started his ‘side hustle’ business in Woodworking and CNC Machining in 2016, whilst working in the Military Industry at an Electrical harness Factory, he would be able to focus on his passion project full-time, within a year of starting it. Having started from grassroots of small one-off custom pieces, this resourceful entrepreneur has built a thriving business that employs carpentry, joinery techniques along with modern design approaches to manufacture products from various types of plywood and solid woods.

This small-medium Enterprise has participated in iconic projects, and some of their show pieces span the globe and are featured in various Retail, Corporate offices, and individuals’ homes.

Modern Age Designs’ business is split into 3 focus areas, namely: 1. Solving Architectural Design ‘wish lists’ with specific showpieces (which will be highlighted in this story); 2. Turnkey projects for Retail shopfitting and display solutions and finally 3. Production – where Modern Age Designs handles parts of the manufacturing, collaborates with other suppliers, and then manages the final assembly and installation for specific projects.

Hein had used basic design software to realise his and his clients’ ideas, but it was a project that he and his partner at the time, took on with the University of Pretoria, that he realized it was time to seek out more advanced design software solutions.  After some research, Hein came across Autodesk Fusion 360.

He was impressed that the software was relatively simple to learn and understand and after spending a month exploring Fusion 360’s capabilities on his own, Hein decided he should fast-track his software knowledge with some formal training through his preferred Autodesk Reseller, Baker Baynes.

Once the fundamentals were in place, Hein was astounded by the parametric capabilities of Fusion 360.  The project with the University of Pretoria was the first test case to see the successes that this software would yield for Modern Age Designs.

“It blew my mind, we had to design a complex acoustic wall for the University of Pretoria. What took me 2 weeks in my previous design package, I could achieve in 3 days.  We were able to learn Fusion 360, design and execute this project in just 3 months.  If I had stuck to my previous workflow, that time span would be double that, maybe more.”

The scene was set, and Hein was ready to see where next Fusion 360 could propel his business… And just as well! At the beginning of 2020, just before the pandemic hit, Hein was approached by Moffat’s Creations to assist on Finastra’s New Headquarters. The specialised items included a coffee station, reception desk and a ‘think tank’.

The Architect was not entirely convinced that his concept was manufacturable. Hein enjoying a challenge, modeled the concept in Autodesk Fusion 360 and ran a small prototype on a 3D printer, to help motivate that the Architects’ vision could be realized.

“Once we showed the Architect that this was possible, he instantly said, if you can make this happen, you can have the project!”

The detail of the curves and the layers in these counters were just the start of the overall project complexity.  Two other suppliers were involved in completing the counter and Hein would oversee the layered curve feature as well as the overall assembly.  This meant that the counter base and granite top would be manufactured separately, in separate locations and then brought together in the end for assembly. The margin for error was minuscule as each component of the counter needed to fit perfectly for it to work as envisioned.

The next challenge was that the place of assembly was on the 7th floor of an office block in Rosebank, South Africa.  This meant that due to the size and structure of both uniquely curved counters and an innovative ‘Think Tunnel’, the structure had to be segmented to get into the lift to reach the 7th floor.

There were several stakeholders like upholsterers, shopfitters, and granite suppliers that needed to collaborate on this project in a timely manner and be afforded accurate drawings and templates to ensure that when everything came together, everything would fit and leave the desired impression.

Once Modern Age Designs was awarded the specialised elements of the Finastra Project (2  complex curved counters, a unique Think Tunnel that would provide a space to think – with an outer, indented sitting booth – a curved 14 meter bench that would be finished in bent wooden slats and leather and a few wooden cladded screens (with specific patterns etched into them), the goal was to ensure that the designs were 100% integral so that when it came to manufacturing, there would be no errors and delays.

The decision was to manufacture all the elements, some in segments, others whole, and erect on site.

The architect’s drawing of the complex curved counters was brought into Fusion 360 and modelled further to accommodate elements like LED light strips, a template for the granite installer, and counter base shopfitter.

By ‘dissecting’ the design, Hein was also able to further confirm the Architect’s design intent of the angle of the curves, which would affect the manufactured outcome.

Autodesk Fusion 360 allowed Hein to easily share drawings and templates with other stakeholders and because :

“Fusion 360 excels at finer tolerances, I had peace-of-mind that this process would result in an accurate outcome, which would save time on having to rework elements on site or in the production phase.”

Hein was further able, from the Fusion Model, to determine where each element would either be manufactured in segments to erect on-site or manufactured as a whole and then sliced in specific areas, so as not to impact the structural integrity and then on the day, re-erected.

Because Fusion 360 offers the ‘whole package’, Hein was able to send his designs from the CAM function to his CNC Machines, seamlessly.

From the first small 3D printed prototype in February 2020, this complex project was astoundingly completed in August 2020. The day that all elements came together from different suppliers and locations and were assembled on site, should have been a tense day, anticipating misfits and ‘unforseens’, but Hein was able to go in confidently knowing that due to the accuracy of the designs in Autodesk Fusion 360, everything would ‘fit together like a glove’.  And it was so.

The result was an overjoyed client, iconic masterpieces that are both functional and beautiful to look at in the Finastra headquarters and glowing reviews of Modern Age Designs’ work.

Jansen says that what Autodesk Fusion 360 has done for his business can only be quantified as MASSIVE!

He feels that “what Fusion 360 is capable of doing far outweighs the price”.

Hein believes that because he is able to show detailed concepts  & visualisations to his client in the quotation phase, his strike rate has improved to at least 95%, offering more predictability of revenue into his business as well as justifying the costs to clients.

The accuracy that Fusion 360 has afforded his design and manufacturing workflows has meant that he has been averted from costly onsite and production errors.  Hein can’t even begin to imagine the amount of money he has been able to save by “getting the job done right, the first time.”

Wastage has been reduced dramatically down to a 5% allowance on each project – positively impacting Modern Age Designs’ bottom line.

Collaborating with external stakeholders and suppliers has never been this seamless, as his models can integrate and interchange between other design packages – offering better communication and problem-solving from the beginning of the project.

Hein attributes this success to Fusion 360. What he has saved in project costs, being able to plan better, and the increase in his strike rate has meant that he could invest in additional equipment to handle more complex requests.

He is thankful for the road that Baker Baynes has walked with him and feels that the Fundamental training that he did at the beginning with the Baker Baynes’ Professional Services Team, laid solid foundations for success. 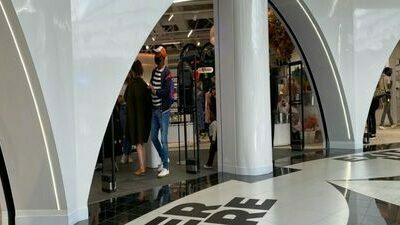 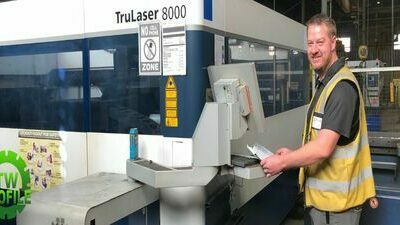 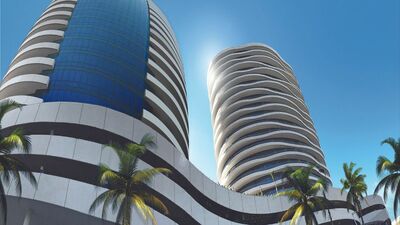