How civil engineers use drone-mounted cameras

Site inspections can be challenging tasks. With large areas to survey, and high structures to scale, it can be hard to gather a comprehensive view of a project. Fast, precise, cost-effective (relatively speaking), and able to access spaces few other things can reach, drone-mounted cameras make civil engineering processes a whole lot easier.

Drones are unmanned aerial vehicles. These little flying devices look a bit like children’s toys, yet their range of applications extends from engineering to the military, and almost every imaginable field in between.

They are controlled remotely, with the controller watching the progress on a small screen. Being both small and airborne means that these little devices have access to places few other things can reach,

For civil engineering purposes, drones are equipped with high-definition cameras which have built-in image stabilisers. The better drones can fly close enough to structures such as buildings and bridges to spot signs of wear that could easily be missed by a routine inspection.

What’s more, drones can fly over an area that might not be easily accessible in any other way, recording visual data as they go. When analysing this data, construction teams may find obstacles that would have affected their project, and which would never have been detected using conventional methods.

Why use drone-mounted cameras?

Drone-mounted cameras make the stages of a construction project simple. They are ideal for almost every phase of construction, from site inspection to planning, project oversight, and even health and safety.

Teams have almost instant access to reliable, accurate data. Usually accessing this kind of information – at this level of detail – would require an expensive, specialised team spending several days on-site, understanding the scope of the project. Even then, it is possible that they’d miss something key as they would not have the big picture perspective a drone can provide.

With a drone, it’s possible to assess the terrain of a proposed construction site without the heavy earth-moving equipment usually needed to make that space accessible.

What can we use drones for?

As we’ve seen, drone-mounted cameras have a role to play in many phases of a project lifecycle. These nifty little gadgets are invaluable during both site and infrastructure inspections. They are also ideal for health and safety inspections.

Drone-mounted cameras have already proven useful in the construction of roadways, especially forest roads. With their aerial imaging ability, they’re ideal for monitoring gas and oil pipelines, and high tension electricity lines. They can be used to identify areas prone to shoreline erosion, so that these can be fixed and monitored.

Cameras on drones make it much easier to inspect tall structures. Cranes, scaffoldings, towers, and skyscrapers can all be investigated in real-time, sending live footage of any anomalies to their controllers … safely huddled on the earth below.

Using drone-mounted cameras is a lot faster than sending a team of inspectors up to investigate a structure’s integrity. It’s safer, too, as the only potential for damage is to the drone itself – and not to a team of rope access personnel (or corporate adrenalin junkies). Plus, the footage covers more area and records every square centimetre, making it a lot harder to miss something important.

Because a drone can gather a comprehensive view of a site and compile a 360° panorama perspective of the area, project planners can quickly orient themselves in the space. They can also more easily appreciate potential hazards and pitfalls on a particular site.

The UK Institution of Civil Engineers points out that ‘drones can be used to provide a dynamic visualisation, flagging potential impacts and issues that might otherwise be overlooked, e.g. large plant movement and arrangements.’

An advantage of drones that is often overlooked is that they can be used to generate live feeds. ‘These can be beamed directly to a control room for certain inspection requirements (e.g. crane clearance, logistics, personnel movement) allowing for real-time decision making, saving time from errors, reducing previously unidentified risks, and improving quality by aiding the decision process.’

Drone-mounted cameras are a good way to keep a project on track. Images from the cameras mounted onto drones can be used to monitor the progress of a project, and to map it at each stage of its construction – including once it’s done.

The point cloud scanning capabilities of aerial-mounted cameras could provide data which can feed into the BIM model of an ongoing project.

Volumetric measurements of items on site (e.g. excavated materials) can support the logistical planning needed for the removal of those items.

Thermal imaging scanning, using thermographic cameras mounted to drones, provide potential opportunities to investigate and monitor the health of concrete works safely. This application is also useful in monitoring any hot spots in electrical sub-stations, smoke stacks, and many more.

Waypoint flying, in which the unmanned aerial vehicle (UAV) flies the same path repeatedly, makes it possible to create time-lapse videography which can be referred to for comparative analysis.

Upward filming UAVs make it possible to inspect overhead structures. This reduces the need for cranes or scaffolding and enhances the safety potential of a project.

Pierre Latteur addressed a TEDx convention in Louvain, Belgium. In it he describes what he calls the dawn of an unprecedented revolution in construction: the replacement of men and cranes by flying robots, capable of erecting buildings in a perfectly coordinated and fully automated process.

Through what Latteur calls the robonumerisation of construction, he shows how robots (including drones) can – and should – help us build faster, more efficiently, and more profitably.

BIM and its necessity for Civil Infrastructure in South Africa!

Now that we’ve shown you how using a combination of design tools such as Autodesk Civil 3D, Infraworks, avisworks, and Devotech's iDAS can help you design... 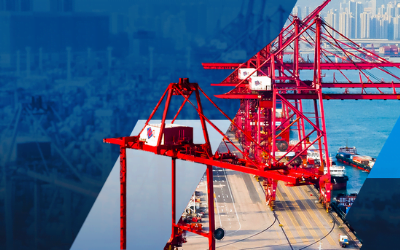 Your Guide to Pitching Impressively for Road, Rail, Bridge, and Tunnel ProjectsIn continuation of our theme to helping you win more bids, we're excited to... 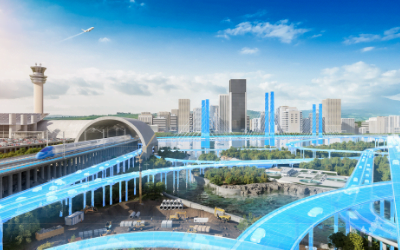 Autodesk has announced the new releases of some of their most popular products for the civil infrastructure industries, and we're excited to tell you more...